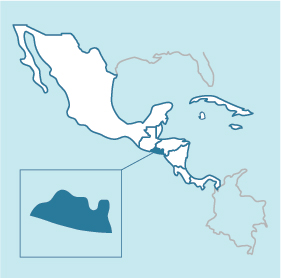 Price per 2 lb. EL SALVADOR Santa Leticia – Finca Santa Leticia was passed down to Ricardo Valdivieso during a time of great turmoil in El Salvador’s history. At the peak of the conflict in the 1980s, Ricardo came face to face with a firing squad in defense of his family’s land. He was not shot but spent many years in exile before he was able to return to Finca Santa Leticia. Over the decades, his career as a coffee producer has been challenged in just about every way you could imagine. Today, Ricardo works with his daughter, Monica, to protect and nurture their groves of Pacamara and Bourbon arabica. During the harvest, a great deal of care and focus is dedicated to picking the best quality of cherry and gently drying it on clay patios.

Process: Natural, dried in the fruit on raised beds in the sun